The great white shark known as Mary Lee is checked on an OCEARCH research vessel. OCEARCH Mary Lee is a massive 16-foot, 3,500-pound shark who has repeatedly pinged her location around the Lowcountry since she was originally tagged by OCEARCH in 2012. According to OCEARCH tracking, Mary Lee has been spotted between the Georgia and […] 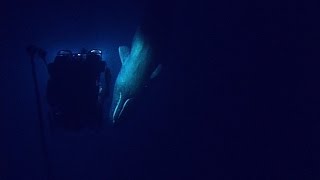 On April 15, 2015, researchers from E/V Nautilus sent a robot named Hercules down into the depths of the Gulf of Mexico, off the coast of Louisiana. They were exploring the biology, geology, and archeology of the ocean, and when they reached a depth of 1,962 feet, they suddenly encountered something magnificent — a sperm […] 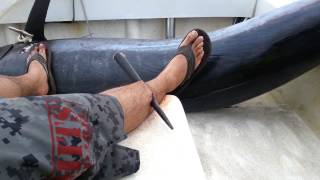 Fishing is considered by most to be a relaxing activity. When you’re out on the water, you’re communing with nature in a way that’s almost meditative. But not all fishing is like this. Trout fishing might be slow and boring, but hunting for bigger fish like marlin…well, that’s basically an extreme sport. At the very […]